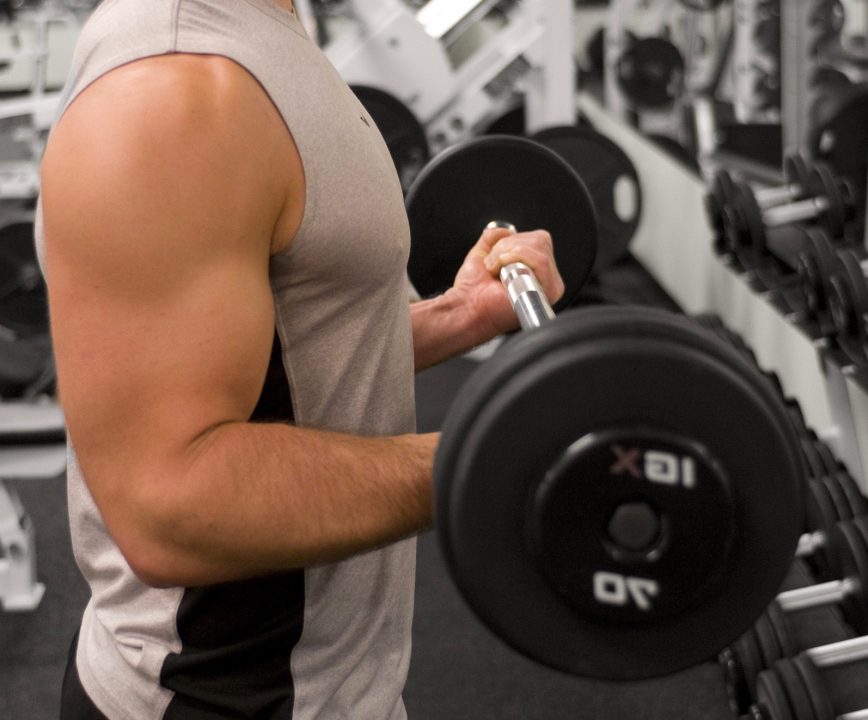 This log entry is a transcription of a very short intervention at a Research Ethics Seminar, Goldsmiths College, University of London, on Tuesday 9 May 2019. The topic of the seminar was Vulnerability in Academic Research Ethics. As always with these quick and, needless to say, seriously under-researched interventions, the aim is not scholarly or scientific rigour, but the provocation of debate amongst PhD researchers. I hope that, by posting it here, it will continue to be read in the same spirit. I thank my colleague, Dr. Nicole Wolf, for inviting me to this stimulating event.

I originally replied to this invitation by saying that I would address the topic of vulnerability with the aim of distinguishing between normative and other ethical approaches to the issue. At the time, my aim was to say that over and beyond normative approaches to vulnerability there was an ethico-ontological approach that deserves attention because it widens the problem, involving us all in the way we relate to vulnerability in general. However, as I was thinking the issue, I realised that when it comes to vulnerability in academic research, there is no escaping normativity. Because it is concerned with the potential exposure of particular persons to harms or threats (for example, identifying research participants as vulnerable, that is, as potentially having reduced capacity to give informed consent or requiring extra protections against risks of harm or exploitation), vulnerability in the context of this seminar can only be understood within a normative context. That is its remit so there is no need for me to make this distinction, however much I think it is worth doing.

So I had to think again. In the few texts I read on the topic of vulnerability (far too few, I admit), I feel there is always an attempt to pin it down, most often too quickly, as this or that. I fear that we always tend to presume a simple picture of what vulnerability stands for. Vulnerability is a complex notion that cannot be reduced to a simple definition. The reason this is perhaps the case is that the term itself bridges somatic conditions (we are all vulnerable as fragile bodies), ontological conditions (we are all vulnerable as beings) as well as temporary or circumstantial conditions (becoming homeless, falling ill, becoming disabled, etc.). Such a wide remit leads to a multiplication of approaches to this topic (vulnerability in international relations, legal theory, bioethics, sociology, political theory, philosophy, feminist theory, etc.), which makes trying to define it an impossible task. Unfortunately, vulnerability is a protean term that can never be fixed in any satisfactory way.

I also realised that when it comes to this topic, whether understood broadly or in the narrow remit of academic research, the problem is not vulnerability itself, but something much more pernicious, something much less talked about, a silently acquired default mode of being and thinking that, as I will try to argue briefly, deserves much more attention than it has so far. In order to characterise it as well as I can, I will just state it bluntly in the first person, with all the problems that this, of course, entails.

I am invulnerable. I am standing here in front of you, striving to present myself as a mature, able-bodied, and autonomous lecturer, therefore a supposed voice of authority and independence. As you can see, being invulnerable does not mean absolute invincibility or impossible to harm or damage. It simply means striving to be a sovereign subject. It stands for the struggle to present myself as being in control, unquestionable in my status and unshakable in my supposedly unflinching power. Even though I am always crippled by anxiety and insecurity, this striving to invulnerability is effectively engrained in me as the basic default mode of operation of my subjectivity. This is how I am required to present myself to the world through teaching, conferences, publications, websites, and social media (although I’m not on Instagram or Twitter, I think these sites are essential in the formation of this imperative to invulnerability, but this is a much bigger topic that I cannot address here).

The reason I so blatantly strive to appear invulnerable, that is, the reason I openly persevere in positing myself as a self-contained sovereign subject is because vulnerability must be avoided at all costs. I must never be seen as vulnerable, without authority, without ability, frail, imperfect, impulsive, morally weak, out of control, susceptible to weakness, spontaneous, dependent on others, powerless, etc. If I ever revealed myself under any one of these traits, I would immediately lose credibility, reliability, integrity, status, and/or trustworthiness. This default mode of operation (being perceived as invulnerable) is not something I acquired one day. It is something that I slowly learned growing up and throughout adult life. At home, but above all at school, college, and university, I learned to exhibit this apparent self-control, suppressing emotions, curbing impulsions, and presenting myself as supposedly authoritative in whatever I do. This long arduous road shows that invulnerability is never a fixed state, but an always incomplete apprenticeship to secure one of the most prized, but often unacknowledged characteristics of our western world: I’m invulnerable.

And there is no end to this struggle. Doing a PhD, for example, is a prime example of seeking invulnerability in the mastery of a topic, a field of research, an area of expertise. A PhD is a validated form of invulnerability, an official accreditation guaranteeing the possession of an impossible value, that of being authorised in always striving to be at the top of the academic game. In being so, a PhD basically casts aside those aspects of existence that are inconvenient (inexperience), disadvantageous (ignorance), adverse (powerlessness), unfavourable (dependency), unfortunate (incapacity), and embarrassing (naivety), basically everything that would either prevent someone from getting a job or, in my case, lead me in being fired. With a PhD or any other kind of expertise acquired professionally, I thus increase the stakes in this striving to be invulnerable, thus reflecting in the most erudite and scholarly way possible, this basic trait of the western world’s relentless will to power.

This struggling to appear invulnerable is also particularly salient in more mundane contexts, that is, in one-to-one encounters. I will only take here two examples: If I encounter a homeless person in the street, my default mode of operation is to discard empathy and responsiveness in order to secretly or unconsciously espouse an ideal of distributive justice that guarantees not only that my hard-earned money is put to good use (my taxes will pay for the homeless person’s shelter), but also that I keep my distance from vulnerability, thus reinforcing my invulnerable stance. Here’s another example: if I encounter a frail elderly person who reminds me of old age, the fragility of my body, the possibility of my own pain, I rush to take supplements, go to the gym, seek beauty treatments, all of which makes me believe that I am not quite old yet, that I am and will be different, exceptional, out of the norm. Here again, the elderly person’s vulnerability reveals the invulnerability that I am thrust into always seeking.

This striving to invulnerability is thus an unacknowledged norm; it is a way of protecting myself, of seeking refuge from vulnerability, that is, from the ontico-ontological condition of being human (“vulnerable” comes from the Latin vulnus, which means “wound” and refers to the capacity to suffer that is inherent in all human embodiments). This could also be said differently, namely, that invulnerability is a way of emphasising above all supreme rational agency over and above our mere human animality. I strive to be invulnerable not only because my being is at all times vulnerable, but because my rational upright stand always needs to overtake my animal self, that is, the commonplace fact that I am a mere living organism which, like all others, needs to feed on organic matter in order to survive. In a way, invulnerability is like an all-too-human rational hard shell, shield, or mask proudly fashioned and polished over the years and carried as the only default-mode of being and acting for what really amounts to nothing other than an earthly wayward animal.

Overall, the reason I want to suggest invulnerability in this context is because I think it is essential to ask oneself how and why one judges such self-protection, such hardening to be necessary? Why the desperation in guarding ourselves so much against vulnerability? Answering this question properly will take too much time, especially with regards not only to the ontological foundations of western subjectivity with its always-sovereign being, but also to the endless ontical attempts to buttress individuality with ever-more sophisticated socio-cultural props and tropes. The only thing I can intimate in such a limited setting is to propose that invulnerability should always be the starting point of any approach to the issue of vulnerability whether it is from normative or ethico-ontological perspectives. It is by first raising awareness of this default mode of operation that one can begin to open oneself to not knowing, to accept one’s frail and ageing bodies, one’s affect over others, one’s animality, one’s empathy towards others, one’s openness to unforeseen and uncontrolled changes and to start the long and arduous work of contributing towards a culture in which such a mode is, not so much abolished, but at least a little diminished.

Ultimately, yes, vulnerability in all its forms needs to be addressed, challenged, and those who are vulnerable need to be sheltered, protected, and cared for, but invulnerability is also what above all needs to be challenged in life, at home and at work, and of course in education and more specifically in what concerns us here, with these professional codes of ethics and these frameworks for ethical regulations in doctoral research. Then and only then, will we be able to perceive ourselves and others, as Spinoza rightly said over 300 years ago, not inadequately or through imaginary notions and passive affects such as the dichotomy vulnerability/invulnerability, but adequately, that is, in our very nature, one for which there is no longer any difference between the taking place of earth, with its diverse fauna, flora, and geology, and that of being human. Such a challenge and therefore such a shift in perspective from the violent struggle for mastery of mankind to the factual sovereignty of an entire environment will then allow us to undertake a proper responsiveness to others who unfortunately happen by force of circumstances to become vulnerable (from physical illness to socio-political oppression), thus exposing an inequality in the common experience of being human, that is, of being, like everything on earth, vulnerable.