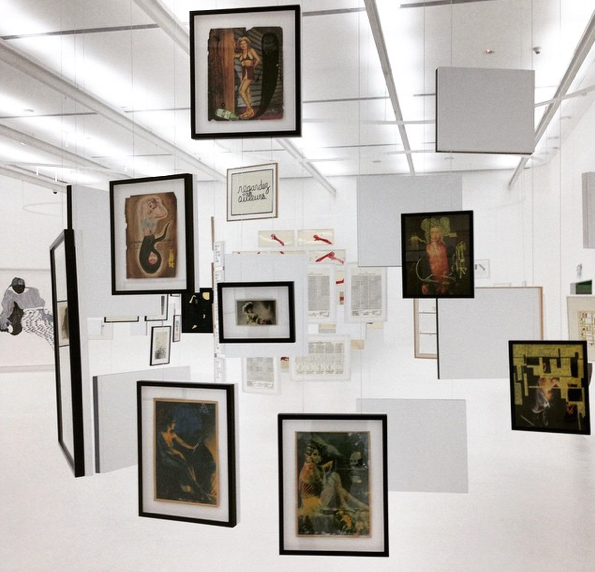 I was recently asked to review ten years of work of an internationally recognised curator in view of a promotion. Most of the material reviewed consisted in pamphlets, press releases, press cuttings, catalogues, brochures, and images, basically all the usual paraphernalia testifying of a curator’s accomplishments. I cannot obviously name this curator since the review process was supposedly anonymous. However, while doing this review, I was struck by a simple realisation: how can I—or anyone else, for that matter—evaluate a curator’s decade-long body of work? Here is a succinct overview of the thoughts that crossed my mind while responding to this request:

To begin with, this curator’s output was, without doubt, world-class in its scope and ambition. All the exhibitions curated addressed the most pressing international issues, from environmental concerns, to migration, racism, financialization, the legacies of colonialism, all the way to the latest responses to COVID-19. I was clearly dealing with a curator whose body of work was at the forefront of what is being discussed in the global art world at the moment and was, as such, exemplary. Furthermore, the fundraising, partnerships, commissions, and collaborations were all innovative, daring, extensive, and successful. This was without doubt a curatorial effort that was not only cutting-edge, efficient, and worldly, it also had the merit of providing proper care and support to artists. Who could ask for more?

One of the most interesting aspects of this staggering body of work was the methodology used across the projects. It was clearly collaborative and transdisciplinary in nature. For each exhibition, this curator adamantly rejected the old-hat idea that the “ills of the world” could be addressed singlehandedly by one discipline alone. These “ills” rightly needed a multiplicity of approaches. To do so, for each new project, this curator thought it best not only to conduct some research of their own, but also, and most importantly, to invite artists to further address the topic in question, and then finding innovative ways of disseminating the accumulated collaborative knowledge acquired. This classic collaborative and transdisciplinary methodology was again outstanding, but it was also somewhat typical of most internationally recognised curators working in the art world today.

What fascinated me most, however, was the range of disciplines tapped into in order to sustain such an ambitious transdisciplinary and collaborative methodology. I list here the number of disciplined touched upon over one decade: anthropology, ethnography, feminist studies, environmentalism, colonial history, post-colonial history, philosophy, global economy, ethics, queer studies, migration studies, labour analyses, finance and corporate global cultures and markets, ecology, local, national, and global politics, aesthetics, the Anthropocene, biology, zoonotic studies, etc. I genuinely do not think there is another profession in the world that attempts such an extraordinary feat of delving into this many disciplines within such a limited timeframe. The depth of the research into each of these disciplines was difficult to assess since a lot of the work was, as I said, carried out by the many other participants (artists, but also other researchers, writers, and assistants) involved in each project.

Inevitably, such an ambitious curatorial strategy had to be accompanied by a whole plethora of para-curatorial activities to supplement, compensate, and justify the activities put forward on the various main stages occupied over ten years. This endless list of side events appeared to transform the exhibiting venues into various classrooms of sorts, offering visitors the opportunity to learn, address, and discuss these “ills of the world,” as they arose in the news. In this way, the many pedagogical events organised (talks, tours, classes, seminars, workshops, conferences, and symposia) all contributed towards the classic model of transforming the curated space, gallery, or museum into an educational facility. As such, this was perfectly in line with what has been dubbed the educational turn in curating for which what happens on the side is always more important than what happens centre-stage.

One of the crucial requirements of my review was that I had to provide some kind of assessment on the way this curator maintained a mastery of their subject area. This was probably one of the most difficult requirements in as much as it directly questioned what “mastery” consisted of in a curatorial context. What subject area does a curator master? Is a curator ever a master of their subject? Considering the range of disciplines tapped into in order to carry out their curatorial and para-curatorial endeavours and the fact that all projects were necessarily collaborative and transdisciplinary in nature, this requirement was simply impossible to fulfil. There was not one subject or discipline mastered in these ten years of formidable work, but a vast multiplicity of subjects and disciplines, each one of them broached tangentially, collaboratively, and, above all, quickly. So how to evaluate this subject mastery? In the amount of knowledge addressed and disseminated? In the number of disciplines tapped into?

My questions should not be seen as exemplarily nostalgic of a time when one discipline (art history, for example) ruled institutions such as museums or art colleges. Transdisciplinarity rules and the world is clearly better-off for it. But my questions are genuine: in a world in which we are constantly bombarded with demands to know more (COVID-19 suddenly forcing us all to acquaint ourselves with scientific zoonotic data, for example), how are we to evaluate someone whose job is to explore and convey always more knowledge? For me, these simple questions go right at the heart of what any curatorial agency, affiliated or not, does in the world. If being a curator is all the rage at the moment (from influencer to content aggregator and from stately museum professional to amateur instagrammer), then is such a practice of discipline-hopping not exactly what capitalism and neo-liberalism want above all: seeking, marshalling, and distributing always more cursory knowledge at great speed?

Curators are indeed the ultimate scavengers of disciplines and therefore the most typical neo-liberal agents in as much as under the cover of collaboration, relationality, transdisciplinarity, and experimentation, they foster knowledge without true mastery. For me, to master a subject area consists in patiently learning and respecting the long histories, traditions, and genealogies of a discipline in order to be able to participate, with as much candour as possible, in the contemporary dialogues that such a long history fosters. Can someone, for example, barge into the discipline of Galileo Galilei, Subramanyan Chandrasekhar, and Stephen W. Hawking for a quick six to eight months bout of research and then assume a position of mastery in astrophysics so as to quickly divulge their research? For me this seems impossible because astrophysics is a long and laborious process of acquiring a specific knowledge, discarding what is no longer relevant, and on the basis of such accession and jettison, putting forward new unheard-off knowledge as part of a scientific conversation.

So the only answer I was able to provide when it came to the mastery of this particular curator’s subject area is to say that such mastery consists solely in the furthering of the same collaborative and transdisciplinary effort, namely more knowledge mobilised, distributed, and communicated for the sole benefit of our current information-hungry world and therefore of a neoliberal and capitalist agenda whose one key goal is the dismissal of traditions, specialisms, and exacting expertise—a dismissal which was interestingly tested to the limits in the current pandemic. As such, this fast-paced, temporary, collaborative, experimental, and multi-disciplinary approach can indeed be seen to constitute a new form of mastery in its own right in as much as it rests exclusively on quick transversal thinking, doing, and acting, which itself requires mastery in order for it to be pursued diligently and efficiently. There is therefore a mastery at stake here with this curator in the ability to juggle this number of artistic inputs and fields of knowledge, even if it is ideologically questionable.

I am, of course, aware that the hackneyed response to the accusation that curatorial activities mobilize knowledge, but do not achieve any form of subject-area mastery is to say that the knowledge imparted is always that occurring in the gallery and nowhere else. As is well known, curating imparts a “situated” knowledge that can only be experienced on the stage set up by the curator and at the moment of the event. Any attempt to question or verify the mastery of this knowledge beyond the event is thereby unnecessary because such verification would still rest on old-fashioned forms of validation and accreditation (peer reviewing processes, for example), which are speedily made redundant by the always “experiential and experimental” nature of the knowledge eagerly sought after by curators working in the art world today. “Situatedness,” like “eventness” and the all-prevailing dreaded “practice” trump all, of course.

But notwithstanding my criticism and this hackneyed answer, the question still lingered: how can I genuinely respond to this requirement of externally confirming the mastery of the subject-area of this internationally recognised curator? If the vapid response about the necessary situatedness and experimentation of curatorial agencies was the only answer then whatever I wrote about this curator’s subject-area mastery became null and void. It was all event-based, sited, temporary, and performative and nothing more could be said about it: you were either there or not and since I was not, then there was not much I could say. My review of this curator’s paraphernalia was therefore utterly pointless, leaving me stuck in an impossible realisation that nothing reaches a stage of mastery in curating, everything disintegrates as soon as the show closes, that is, after the wondrous peaks of knowledge attained at the height of the events themselves have faded in the visitors’ minds. Anyone looking at old catalogues is familiar with this puzzling realisation which is often translated with the exclamation: “What was THAT all about?!”

Thankfully, my predicament was quickly curtailed in as much as the fostering, mobilisation, and distribution of knowledge of this particular curator over ten years was obviously intended to greatly contribute to the overall well-being of anyone (visitors, participants, etc.) who happened to encounter the projects and artworks exhibited. The curatorial values at the heart of each project were indeed eminently ethical in as much as they all sought to inform visitors, irrespective of their levels of knowledge, of the “ills of the world” and how these urgently need to be addressed by the many non-specialist agencies gravitating in and/or out of the art world such as activists, campaigners, producers, educators, researchers, etc. As such, the work of this hard-working curator distinguished itself not because of its mastery in either one or many subject(s) or discipline(s), but above all, by its moral conscience in convening, enabling, and amplifying an adequate level of thinking in order to articulate some of the world’s most urgent predicaments. I was thus saved in this particular case, but would I be for any other curator?